“Where are we?” my mother asked.

We were in the heart of North Carolina mountains.  We were also lost.

“I’m not sure,” I answered, “but I think we’re in Heaven!”  I was trying to keep things light.

“Lord!” she remarked, and rolled her eyes at me the way she does when she doesn’t take me seriously.  I don’t especially like it when she does that.

We were going to a farm and when we arrived at this one, (pictured below) I thought we had found our destination.

Adventure in the Journey

I was at the wrong farm, but I really didn’t mind.  I was in awe at the beauty of the surrounding mountains, which live in my heart, and the rolling green pastures.  A cute farmer on his tractor waved at me, which caused butterflies in my tummy.

Mother made a remark about how she wished I’d meet a farmer.  Then, after thinking a few minutes, she said, “I don’t think you would make a good farmer’s wife though.”

I reminded her that it’s 2012 and that being a wife has different meanings and expectations than it did forty and fifty years ago.

“It’s not like I’d have to get up at 4am and milk cows Mother,” I responded, but then, I would if I wanted to and was able.

My mother wasn’t getting excited and that’s when I realized we were only a few feet away from some of the most handsome Cattle I’ve ever seen.

“Look at those cows!”  I couldn’t believe we were so close to them.

“Michelle,” Mother said, “Just turn around.  You’re going to get us in trouble.  And those are just cows.  I get enough of seeing cows.”   Image of my mother’s backyard, where the cows usually graze.

There was a woman riding a big John Deere lawn mower.  She saw us, but continued mowing.  Obviously she wasn’t concerned about us.

The Cattle were shimmering under the mountain sunlight.  Their eyes seemed to peer into mine.  I was intensely moved.  I had to get my camera, which made my mother roll her eyes again.

Is that a Mohawk?

My mother loves flowers and the pretty things about a garden, but isn’t especially interested in sleeping outside.

She told me a story about the one time in her life she had attempted to camp.  The trip hadn’t been successful, and she and my dad had to take the children home in the middle of the night.  Both my sisters got an earache.  I was, “too little to remember,”  Mother said.

Perhaps, somewhere in my mind, I do remember.  Maybe that’s why I like sleeping in tents and my sisters like cozy big comfortable beds, indoors.

Mother went with me to offer emotional support and keep me company while I drove.  She was a real trooper and I’m truly grateful for her help.  The journey wasn’t easy.  I was under the weather and have conflicting feelings about whether or not my son is in the best place.

Maybe if we had gone on a, “real vacation,” as my mother later pondered that we might get to do one day, then having been lost may not have evoked in me such enthusiasm.  I get pretty excited when something moves me in a certain way these days.  It’s like I’m craving sensations that make me feel alive, and for now, nature is doing it.

I’ve learned with time that there are often hidden gems in difficult journeys.  I’ve learned that the simplest of things can bring a ‘Green Healing’ moment into my heart or awareness.

Listen to a cow’s moo! (via Wikipedia)

The farm we went to didn’t capture my enthusiasm in the same way as the small Cattle farm had done, but it was just as pretty.

Finally, We made it!

And of course, they had their own cows, which they proudly spoke of after I showed them my photos of the farm where we had been lost.

The cow pasture was the view from the fire-pit where we sat for most of the following 24 hours.  I never thought I’d see the day that my mother would sit with me, outside in the mountains, without the most modern amenities, at a fire-pit.  Alas.  I have.

The best part of the trip was seeing my son.   He recently went to work on a small farm in the Piedmont area of North Carolina.  The group of men he’s working with had gone to the mountains for a week-end camping trip.  I wanted to see my son to ask how he’s liking the place, and if he’s getting along well.

I enjoyed the time with my mother too.  We did pretty good considering the circumstances, which consisted of my fatigue and neither of us having much extra money.  We had enough though.  This wasn’t a luxury trip.  It was something I really needed to do, and like I said, my mother went along to keep me company.

Mothers keep on giving and loving.

My son and I talked about how we missed the mountains.  We lived there for several years.  We also talked about the air.  I have bronchitis, but didn’t cough once up in those hills.  I had to go to the doctor after one night back home.  He said it was the first night since he left that he was able to get some sleep.  I hope this changes for him soon.

We are both in a state of limbo as I write.  Sometimes, I guess, that’s life.  One thing I’m clear on.  I love my mother and son!

Thanks for visiting Green Healing Notes!  Please feel free to leave your thoughts.

Feel free to use any part of this blog, with a clear link to, Green Healing Notes (https://greenhealinggirl.wordpress.com/).  Thanks for respecting my work. 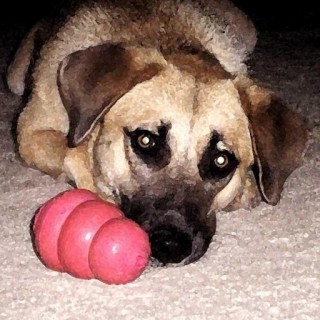